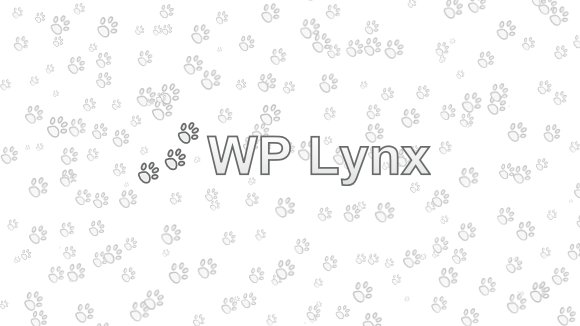 This bug fix release fixes a single bug: PHP7 support. Back in WP Lynx 1.3.0, changes were made to to add PHP8.1, however, these were not PHP7 compatible. WP Lynx 1.3.1 moves to the latest adminKit which now supports PHP7 and PHP8.1.

You can grab the latest WP Lynx on the WP Lynx WordPress.org plugin page.

This release is mainly under-the-hood updates and fixes. The largest is fixing several PHP warnings and errors that appeared when using PHP8. Additionally, WP Lynx 1.3 moves to the latest adminKit, enabling WP Lynx to run on sites with Breadcrumb NavXT 7.0 or newer installed. As part of this move, the code base has been cleaned up a bit, removing vestigial code and settings that were present in 1.2.0.

You can grab the latest WP Lynx on the WP Lynx WordPress.org plugin page.

In addition to fixing a bug caused by the introduction of namespacing in 7.0 in the old XML settings export and import routines, several other bugs were fixed. The options updating and adding routines were updated to explicitly set the autoload value, to prevent loading the backup settings option unless absolutely needed (during an ‘undo’ operation). Lastly, a bug resulting in a PHP error on term archives that don’t have an active term was fixed.

This is the second, and hopefully last, bug fix release of the 7.0 branch of Breadcrumb NavXT. In this release, the “Sorry, you are not allowed to access this page.” message when attempting to visit the Breadcrumb NavXT settings page has been fixed for the majority of users. Additionally, the behavior of the default setting instantiation was changed to allow bcn_settings_init to set the value of the following settings: Hhome_template, Hhome_template_unlinked, hseparator, and hseparator_higher_dim.

The permissions bug was due to the introduction of namespacing in adminKit 3.0, which caused a check against WP_Role to always return false (since it was looking in the wrong namespace), resulting in the bcn_manage_options capability never getting assigned to the administrator role. Note that this primarily affected sites that never had Breadcrumb NavXT 6.5.0 or 6.6.0 installed (i.e. new installs or updating from a version prior to 6.5.0). If your WordPress install does not have an administrator role, you will need to add the bcn_manage_options capability to the appropriate role in your install.

This is the first, and hopefully only, bug fix release of the 7.0 branch of Breadcrumb NavXT. This release features fixes to 4 bugs and 2 behavior changes for better resiliency to non-supported environments. As part of this, two different settings errors have been fixed/handled more gracefully (the get_value on string error and the int required string given error). A few tweaks were made to hopefully support PHP5.6 without error (this is untested so the minimum listed PHP requirement stays at 7.0). Additionally, the run level for the default settings generation was moved from 11 to 9000, this should avoid errors in the settings page caused by other plugins registering post types at priorities other than the default 10.

Lastly, in order to work around issues with 3rd party code that is not 7.0 compatible, the location that the bcn_settings_init filter is applied has been moved to the top of the setup_setting_defaults function. With this new location, 3rd party code can still add settings, however the default settings can no longer be modified.