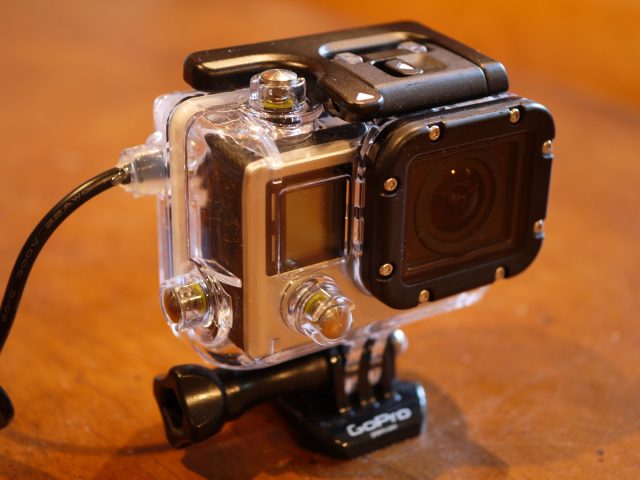 While the GoPro HERO is nice and small, a consequence of this small size is poor battery life. Battery backpacks can help extend the run-time. However, they can be finicky and do not add that much to the device run-time. Another solution is using a power cable. Preferably, one that plugs into the HERO port so that a case can be used.

END_OF_DOCUMENT_TOKEN_TO_BE_REPLACED 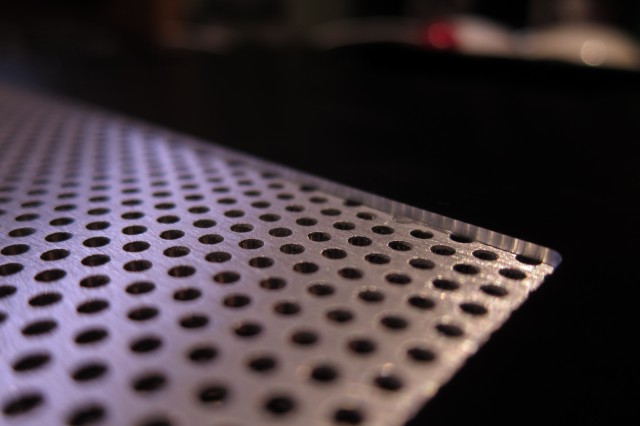 The last official project of the summer was a quick mod to my Lian Li PC-A05NB case. For those not familiar with the case, the PSU sits in the bottom front of the case. The case is designed with airflow from in the back to exiting from the front (reverse of all other cases). Before I upgraded to a Core i7, my Core 2 Duo system was experiencing some heat related issues due to exhaust issues through the front.

END_OF_DOCUMENT_TOKEN_TO_BE_REPLACED

After mtekktux met an untimely demise, one did not have working parts to replace it. Once the new Atom 330 board arrived on Saturday, work commenced on fitting it into the Gateway FLEXATXSTC case of mtekktux. Yes, a little modding took place.

The back of the case does not have a standard IO shield hole, so one had to be cut with the trusty Dremel tool. Since this the board is the intel D945GCLF2, it requires the “Pentium 4″ 4 pin 12V connector. Well, the power supply in the case is a 70W ATX power supply, so a molex to P4 connector adapter had to be made. Luckily, the P4 connector from a dead Antec power supply was still around, as was a molex to 2x SATA power adapter. One of the SATA connectors on the adapter was removed, and the P4 connector soldered in the appropriate locations.

When trying to close/flip in the disk bracket (flips forward and contains the hard drive bay, 3.5″ bay, and 5.25″ bay), the hard drive hit the ATX power connector, and its bracket hit the memory. So off to another round of modifications. The 3.5” bay needed new holes to accommodate the screw holes for the hard drive (who ever decided that floppy drives and hard drives should have different hole patterns should be punished). The lip of the bracket, which hit the memory, was trimmed back with the Dremel. Now everything fits in the case. There is some external aesthetics related work that needs to be done, but that can wait until the semester is done.

Since last night, Gentoo Linux has been installed, well actually it’s Funtoo (the Core 2 stage 3 was used). This is install number six using the handbook method, which seems shorter now than it used to be. At the moment, the internal network functions (samba, hplip, etc) are being installed and configured. Apache is already up and running (with the same USE flags as we use at Weblogs.us).

And for the curious, an Atom 330 runs just fine under the GCC “Core 2” profile (in menuconfig for the kernel a similar option was set as well).

Now for the fourth set of images for this project. I finally found some stain that I liked, and hence went to town staining the wood case. The stain is a gell stain, which I’ve never worked with before. Since it was old (found it in a bunch of old wood working tools) I was surprised it was any good. It says to apply liberally and wipe off after 5 to 10 minutes. Due to it’s age, leaving it on that long would result in it drying too much, a very bad thing, but nothing a little water can’t take care of.

The case all fits together now, but the mounts for the hard drive are causing some problems that allow it to power up but Windows will not recognize it. What is happening is the little converter board that plugs into the hard drive gets tweaked and the data connector loses it’s connection. This will require redrilling mounting holes in the bottom aluminum plate, this time I’m going to use the drill press and hopefully that will be the end of the project.

Testing the gell stain on the inside.

After removal of gell stain.

Applied gell stain to the outside.

Another view of gell stain on the outside.

First removal, nice color, but too light for this mod.

Closeup of the one side, the color is nice, but not what I’m after.

Another picture of the case with the lite stain.

Overall view of the lighter color.

After removal of the second layer of stain gell.

Another view of the richer color.

Soldering up the status LED.

Closeup of the lead on the status LED.

Status LED connected to board.

Glueing the status LED into the window area.

Using a bit of hot/thermal glue to adhear the status LEDs.

Notice how tall that is, it didn’t fit so I had to redo the status LED.

After a bit of clipping, the status LED now fits properly.

A better closeup of the new, shorter assembly.

Nice rich color of the outside of the case.

Overview of the stained case.

Everything is put together now.

Time for a little testing, the white LED is for power, blue for activity.

Here you can see the white LED better.

Onto the third set of pictures for the wooden external hard drive case. As of now all that really needs to be done is to stain the wood. Since I don’t have the stain I want to use at hand, that part is not complete yet. Since the last set, the attachment mechanism was figured out. Turns out wood glue works good for tapping wood for M3 screws. The activity and power LEDs were mounted together, and the polycarbonate window for them was placed in the case.

Going To Use Some Wood Glue To Thread The Holes

M3 Screw All The Way In

All Four M3s In Glue Waiting To Dry

Drilling Out The Power/Activity LED Hole

Using A Little CA Glue As A Screw Locking Agent