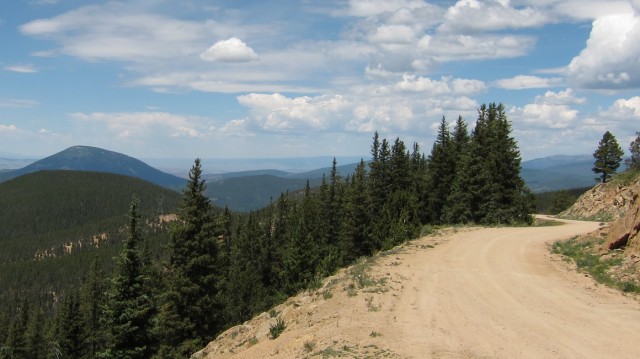 Now that I am back from Colorado, it is time to post some of the images taken with my Canon S90. There are only 180 of them, which ate about 2.3GiB of space on my SD card—it looks like I did not need that second 4GiB card that I brought with. This is less than I took last year, which was again, down from the year before.

END_OF_DOCUMENT_TOKEN_TO_BE_REPLACED

I’ve finally synchronized my camera’s memory with my laptop and began sorting through the pictures I took on my trip to Moab, Utah in June. Below are some of the better shots of plants in the area. Surprisingly, many of the plants were still green and flowering, or just finished flowering. It’s too bad I don’t have anything better than a Cannon PowerShot SD850 IS with CHDK, getting it to focus on the correct object can be a pain at times (plus there is a caveat with using 4GB SDHC cards (FAT32 format is the culprit) and CHDK where it won’t auto boot).

Going into work this morning was less than desirable. After a week in Colorado, the humidity of Minnesotan summers seem unbearable. The trip was nice, even though it rained on us just about every day, and no I’m not talking about the typical 5:00pm rains.

We made it up to the ~14,000ft summit of Mt. Sneffels. There was a nice 100ft patch of melting snow near the summit that we climbed through while ascending. While my old ASICS GT-2100 running shoes were fine for most of the climb, they lacked proper tread for snow. Thus, it was necessary to use both hands and feet to keep climbing without sliding down. Luckily, a few other groups knew a much better route, which completely avoided the snow for the descent. In its place, was a nice two-foot-wide shelf above a 50ft or so cliff. It was not snow, thus was not a problem.

I found the manual mode for the SD850, which really helped with the grainy image problems I was having before. Tweaking some other settings further reduced the graininess to the point that point-n-shoot auto mode produced pretty good pictures. All-in-all, the camera is pretty good, it is just different from the previous PowerShots I had.