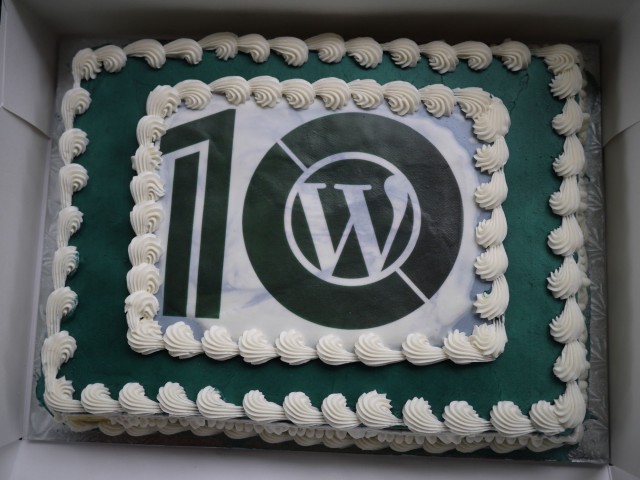 Today marks WordPress’ 10th year of existence. To celebrate, #wp10 parties are being held all over the world. In the Minneapolis/St. Paul area we met at Minnehaha Park. Unfortunately, the weather didn’t cooperate for the bike-ride/run that we planned to do before grilling. So, we stuck to socializing in the pavilion, grilling bratwurst (some hotdogs, chicken and a lonely hamburger made it to the grill as well), and eating birthday cake.

Today, a few members of the MSP WordPress user group got together to participate in the Automattic Worldwide WordPress 5k run/walk/jog (and maybe I arrived a little late). The planning was a little last minute, and all week the forecast had it raining today. So we were quite lucky to actually get a group of 5 to participate and have it only feel like a humid summer morning with a gusting wind from south.

I noticed two things about running around the lake. First off, it is rather flat around lake Harriet, which is a bit of a change from the somewhat hilly area I live in. I’d provide elevation numbers from my Forerunner 305, however, I noticed it is horribly inaccurate (on run #2 this year it had me climbing in elevation when I was actually going down hill).  The second is there are far more people running/walking around the lakes in Minneapolis than just about anywhere out in the suburbs. 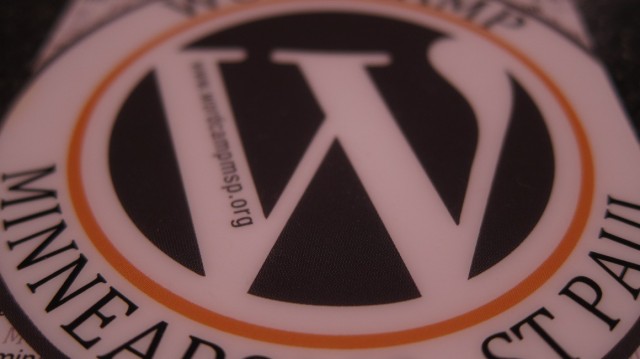 FYI: My presentation begins at 9:30AM CST, and slides will be up sometime midday tomorrow. There also may be a Security focused breakout session hosted by the MSP WordPress User Group.

WordCamp MSP is in just 15 days. Today the presentation schedule was published. I will be speaking in the first group of sessions, starting at 9:30AM CST. After that, you’ll find me jumping in and out of various sessions (of various tracks). From 3:40PM CST to 5:40PM CST I will be helping out at the Tech Shop.

For those who do not know what the Tech Shop is, it is a place where you will find friendly WordPress experts that you can ask for help. The Tech Shop is being organized and run by the Minneapolis St. Paul WordPress User Group. This is a great opportunity to meet some local WordPress experts and get help resolving any of the issues you are experiencing with WordPress. These can be simple questions about using WordPress, more advanced questions about writing themes or plugins, and anything in between.

So bring your all of your Breadcrumb NavXT and WP Lynx related questions between 3:40PM CST and 5:40PM CST. I will have my laptop, access to a local testbed, and can try to reproduce any of the issues you are experiencing. If things are really “slow” I may even be writing some code (I hope this is not the case).