This has taken much longer than originally expected, but a new version of WP Lynx is finally nearing completion. All of the issues for the 1.0.0 milestone have been closed, and the SVN trunk has been updated with a preview release. The release of WP Lynx 1.0.0 is slated for the end next week. Much of the plugin has been rewritten and reorganized for this release. The largest user facing change is a major update to the Lynx Print adding interface. See below for a screenshot of the new Lynx Print interface. 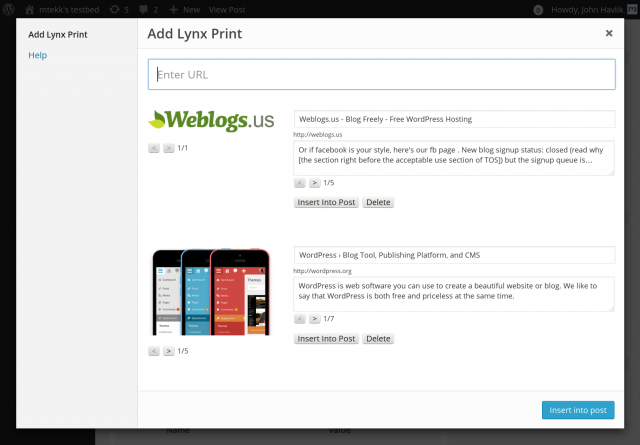