This is the first in a series of posts regarding a new server build one is working on. The current local server, a HP Proliant Microserver (Gen 7 with a N40L) is four years old. While it can still handle print and file serving, it is having issues with its newer tasks. Specifically, transcoding Plex streams to Chromecasts and Fire TVs is a stuttering affair.

To start the build, one needs to have a case. Finding a good quality rackmount case, with hot swappable drive bays, at a reasonable price leaves just one option, the Supermicro SC216. The problem with the SC216 is it has 24 drive bays for 2.5″ drives. Most manufacturer’s only have 2TB drives in the 2.5″ formfactor. However, there is the ST4000LM016 made by Seagate.

In regards to power, the ST4000LM016 consumes 2.1W of power when writing, 1.9W when reading and 0.85W when idle. This sure beats the 5.1W write/read and 1.1W when idle that the 10K RPM VelociRaptor consumes. It is a little more power hungry than the 2.5″ WD Red series drives. But, the 2.5″ WD Red series tops out at 2TB, so overall system power will be lower for the same capacity.

Then, there is the price. The ST4000LM016 retails just north of 200USD. However, there is another way to acquire these drives.

The 4TB Backup Plus and 4TB Expansion 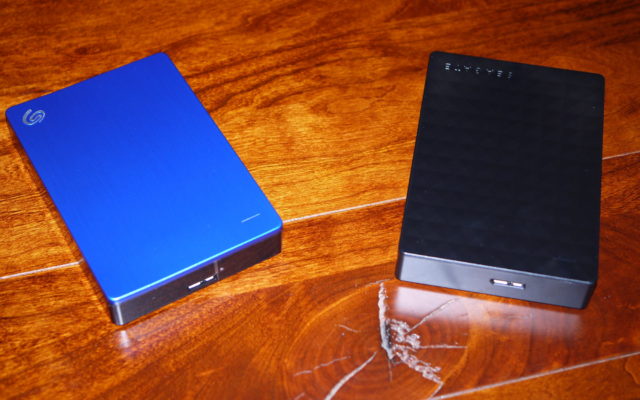 Seagate 4TB Backup Plus to the left and 4TB Expansion to the right.

Seagate’s 4TB Backup Plus and 4TB Expansion are both “portable” external hard drives. They sport a USB 3.0 interface, and contain a 2.5″ hard drive, the ST4000LM016. These external drives retail for 124USD and 119USD respectively. And, both have frequently been on sale for 110USD or less with promocodes.

At a Glance Comparison

Unlike what Western Digital has done with its passport series, Seagate has yet to integrate the USB 3.0 controller into the drive controller board. Thus, inside every 4TB Backup Plus and 4TB Expansion lies a ST4000LM016 waiting to be shucked from its enclosure.

Shucking likely voids the drive’s warranty. But, at a cost savings of about 50%, purchasing extras for replacements will still be cheaper than paying retail prices—honestly, if the drives have a 50% failure rate, they’re not worth using anyways. 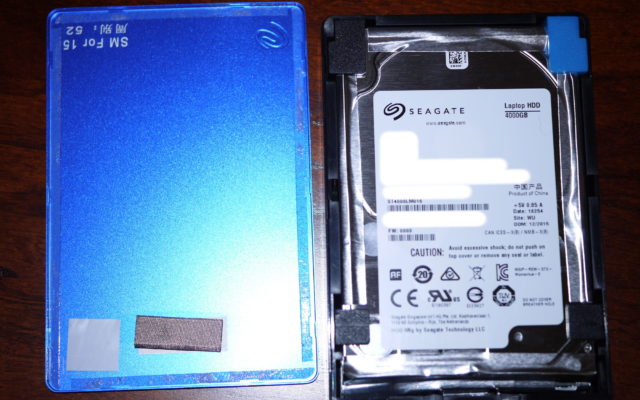 The Seagate 4TB Backup Plus with the lid removed.

The Backup Plus enclosure consists of a plastic base with a metal lid. The top is secured with retention clips in the plastic base along with double sided tape along the perimeter. Inside, the drive faces up towards the lid. 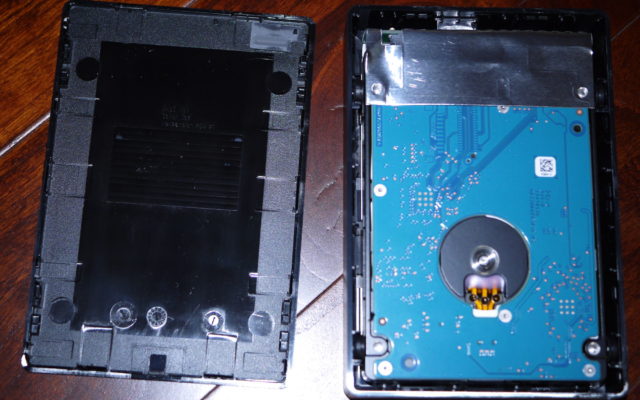 The Seagate 4TB Expansion with the lid removed.

The Expansion enclosure consists of a plastic base with a plastic lid. The lid is secured with retention clips that are molded into it. In an interesting twist, inside, the drive faces down towards the bottom of the base. 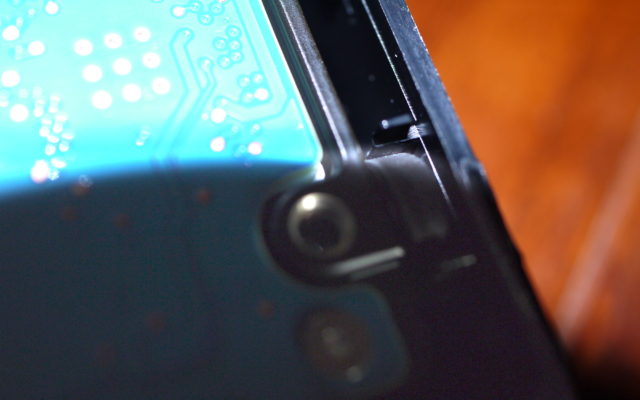 The little rubber drive support in the Seagate 4TB Expansion.

While the lid is difficult to remove from the Expansion enclosure, the drive rests on small rubber nubs that fit into molded channels in the base. The lid contains a feature that secures the drive’s support nubs against the base. Once the lid is removed, the drive can be dumped out by turning the base over.

The Backup Plus’ lid is easier to remove due to the way it overlaps the body. It can be removed using only fingernails and a little pressure. Within the enclosure, the drive is supported by four rubber spacers that go from the bottom of the base to the inside of the lid. To remove the drive, one of the rubber supports needs to be pulled up.

The Backup Plus, notice the little gap between lid and base.

The Expansion, notice the very little overlap of the lid.

The Backup Plus, wrapped with lots of foil.

Both drives freed from their enclosures.

Before attempting to remove a drive from its external enclosure, it should be extensively tested for errors—shucking will void the drive’s warranty. In Linux, the badblocks utility can be used. For this drive, it will take badblocks about 24 hours to complete a full run of a single test pattern.

Once the drives have been removed from their housing, they still need to be separated from their USB 3.0 to SATA converter board. But to do this, first some foil tape must be removed. The Expansion has just a couple of inches of foil tap securing the converter board to the drive. This can be removed very easily. The Backup Plus all but the top lid of the drive in foil tape, which is more of an ordeal to remove.

After removing the foil tape, the USB 3.0 to SATA converter board can be removed. One interesting thing to note, while the two enclosures use the same drive, they use two slightly different converter boards. This is primarily due to the differing orientation of the drives within their enclosures.

The ST4000LM016 is the highest density hard drive available in the 2.5″ form factor at the moment. While its retail price is a little steep, it can be shucked from two different enclosures which are both readily available and much cheaper.